President and CEO of Pixelworks, Todd DeBonis, commented, “I’m pleased with our team’s execution in 2018, as we demonstrated substantial progress on both operational improvements and our growth objectives. In addition to the successful integration of ViXS Systems, we ramped a meaningful number of programs at new and existing customers across our targeted end markets. Notably, we maintained our investments in research and development in support of future growth, while also generating positive adjusted EBITDA and cash flow from operations for the year. In late December, we entered into an agreement to monetize non-strategic patents acquired as part of ViXS, which will result in recognizing a net gain of $3.9 million for the transaction in the first quarter of 2019 – further underscoring the realized value from this highly-accretive transaction for Pixelworks.

“2018 was also a transformative year in our Mobile business with announced wins on five smartphones, two of which were launched in the fourth quarter. Awareness and interest in our Iris family of mobile visual processors continue to build, and we exited the year with the strongest pipeline of active engagements to-date. Further highlighting our recent momentum, most recently we announced an agreement with HMD Global to incorporate Pixelworks’ Iris solution into a broad range of next-generation Nokia smartphones.

“In our Video Delivery business, we continue to see strong demand from our lead Japanese consumer electronics customers for our XCode family of transcoding solutions for ADSB-compatible 4K set-top-boxes and advanced PVRs. Initial uptake for these devices has been strong, and we expect healthy follow-on orders as OEM customers replenish the sales channel in order to meet future consumer demand in Japan.”

DeBonis concluded, “Looking to 2019, we are focused on realizing the next leg of growth and targeting expanded opportunities across flagship and mid-tier mobile devices as well as next-generation consumer platforms for high-quality video streaming and delivery. As we ramp our growing pipeline of customer engagements and additional production orders, we expect to drive continued year-over-year growth in both our Mobile and Video Delivery end markets.”

On a non-GAAP basis, fourth quarter 2018 gross profit margin was 55.1%, compared to 54.7% in the third quarter of 2018 and 56.9% in the year-ago quarter. Fourth quarter 2018 non-GAAP operating expenses were $10.3 million, compared to $8.9 million in the third quarter of 2018 and $10.6 million in the year-ago quarter. Operating expenses in the fourth quarter of 2018 included the recognition of approximately $220,000 of anticipated offsets to R&D related to the Company’s co-development project with a large digital projector customer compared to $1.8 million of related offsets in the prior quarter. Non-GAAP gross profit margin for the full year 2018 was 54.2% compared to 55.2% in the prior year.

For the first quarter of 2019, Pixelworks expects revenue to be in a range of between $15.5 million and $16.5 million, reflecting more than typical seasonality in the Digital Projection market partially offset by continued year-over-year growth in the Company’s Mobile and Video Delivery businesses. Additional guidance will be provided as part of the Company’s earnings conference call.

Pixelworks management uses these non-GAAP financial measures internally to understand, manage and evaluate the business and establish its operational goals, review its operations on a period to period basis, for compensation evaluations, to measure performance, and for budgeting and resource allocation. Pixelworks management believes it is useful for the Company and investors to review, as applicable, both GAAP information and non-GAAP financial measures to help assess the performance of Pixelworks’ continuing businesses and to evaluate Pixelworks’ future prospects. These non-GAAP measures, when reviewed together with the GAAP financial information, provide additional transparency and information for comparison and analysis of operating performance and trends. These non-GAAP measures exclude certain items to facilitate management’s review of the comparability of our core operating results on a period to period basis.

In calculating the above non-GAAP results, management specifically adjusted for certain items related to the acquisition of ViXS Systems, Inc., including deferred revenue fair value adjustment, amortization of acquired intangible assets, impact of inventory step up, all related to fair valuing the items, acquisition and integration costs, restructuring expenses related to a reduction in workforce and facility closure and consolidations, gain on debt extinguishment, fair value adjustment on convertible debt conversion option, and accretion on convertible debt. Management considers these items as either limited in term or having no impact on Pixelworks’ cash flows, and therefore has excluded such items to facilitate a review of current operating performance and comparisons to our past operating performance.

Safe Harbor Statement
This release contains forward-looking statements within the meaning of Section 27A of the Securities Act of 1933, as amended, and Section 21E of the Securities Exchange Act of 1934, as amended. These statements may be identified by use of terms such as “begin,” “continue,” “will,” “expect”, “believe,” “anticipate” and similar terms or the negative of such terms, and include, without limitation, statements about the Company’s digital projection, mobile and video delivery businesses, including market movement and demand, customer engagements, mobile wins and the timing thereof, growth in the mobile and video delivery markets, strategy, seasonality, the impact of our agreement as to non-strategic patents, accretion and additional guidance, particularly as to revenue for the first quarter of 2019. All statements other than statements of historical fact are forward-looking statements for purposes of this release, including any projections of revenue or other financial items or any statements regarding the plans and objectives of management for future operations. Such statements are based on management’s current expectations, estimates and projections about the Company’s business. These statements are not guarantees of future performance and involve numerous risks, uncertainties and assumptions that are difficult to predict. Actual results could vary materially from those contained in forward looking statements due to many factors, including, without limitation: our ability to execute on our strategy, including the integration of ViXS; competitive factors, such as rival chip architectures, introduction or traction by competing designs, or pricing pressures; the success of our products in expanded markets; current global economic challenges; changes in the digital display and projection markets; seasonality in the consumer electronics market; our efforts to achieve profitability from operations; our limited financial resources and our ability to attract and retain key personnel. More information regarding potential factors that could affect the Company’s financial results and could cause actual results to differ materially from those discussed in the forward-looking statements is included from time to time in the Company’s Securities and Exchange Commission filings, including its Annual Report on Form 10-K for the year ended December 31, 2017 as well as subsequent SEC filings.

The forward-looking statements contained in this release are as of the date of this release, and the Company does not undertake any obligation to update any such statements, whether as a result of new information, future events or otherwise. 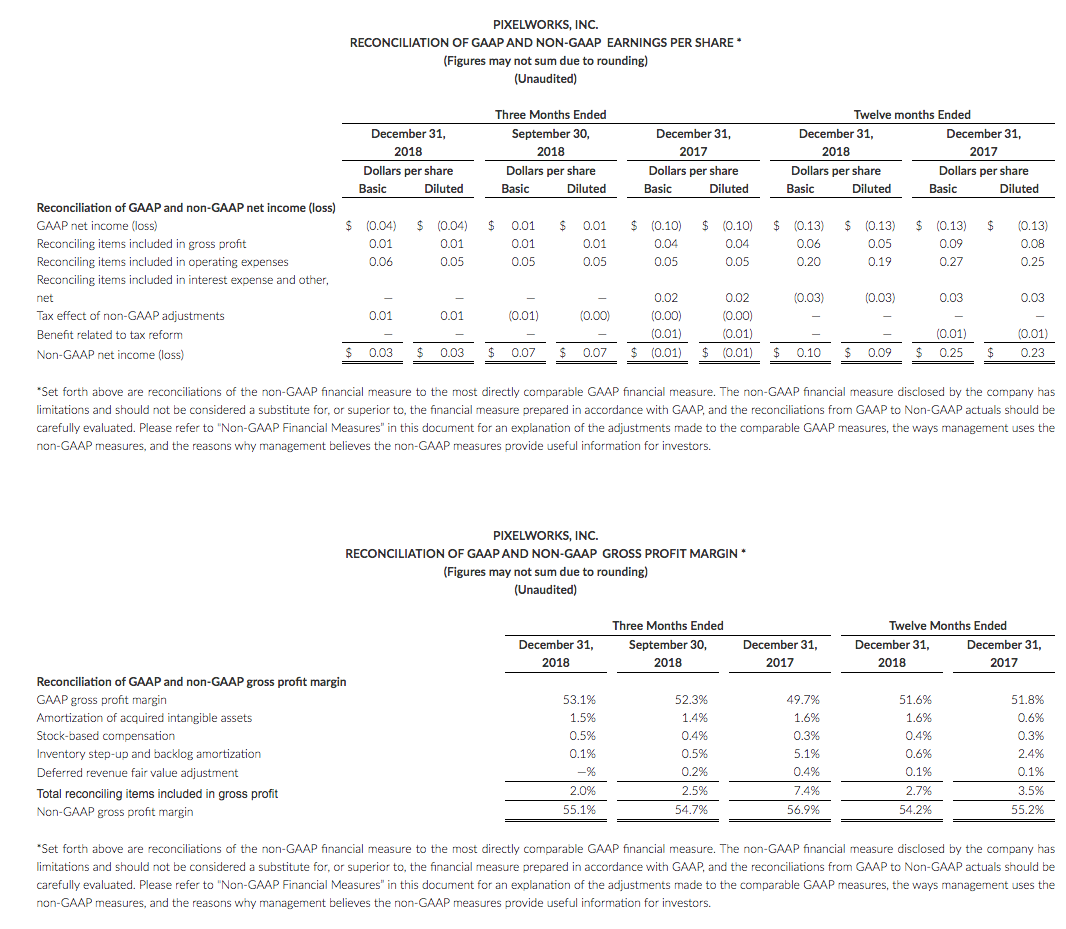 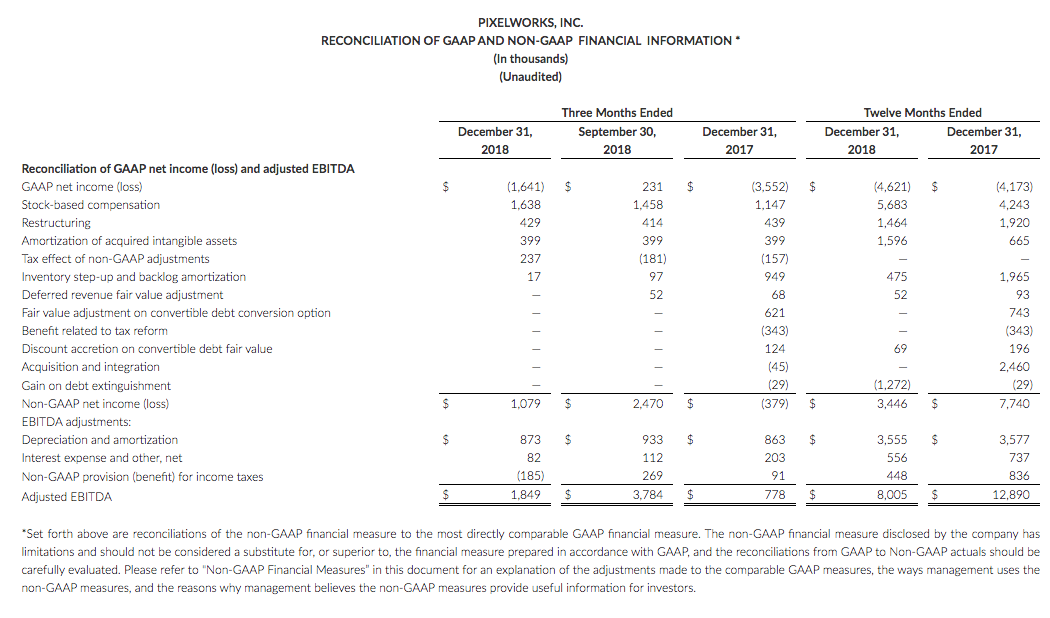 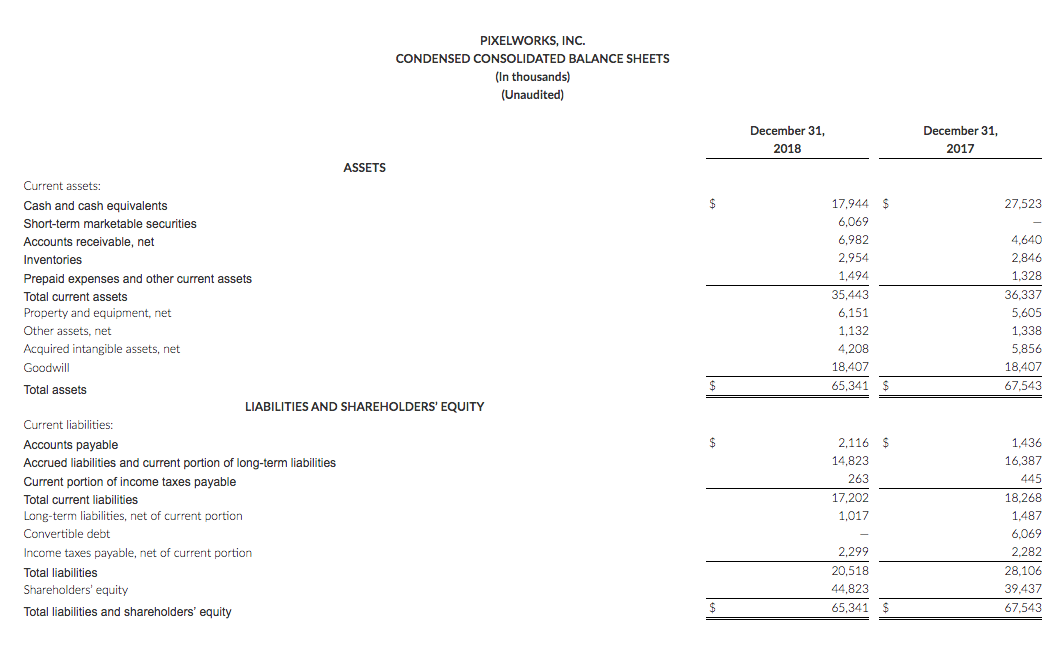